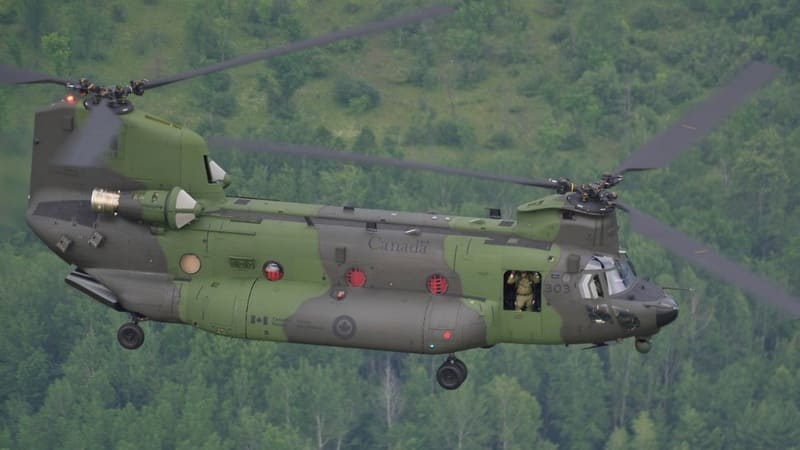 It was in the mid-1970s that Canada acquired its first Chinooks. A highly versatile helicopter, the main task of the CH-147 is to provide tactical transport of equipment and personnel during missions, as well as provide logistical or mobility support to the Canadian Armed Forces. It is also deployed in various humanitarian aid operations and can intervene in the event of a natural disaster. In its own defense, the CH-147 Chinook has a variety of equipment, including machine guns, a laser warning system, an electro-optical and infrared sensor. Today, the RCAF has 15 Chinooks in its service. It was one of the primary aircraft used to evacuate civilians during the 1996 Saguenay Flood.